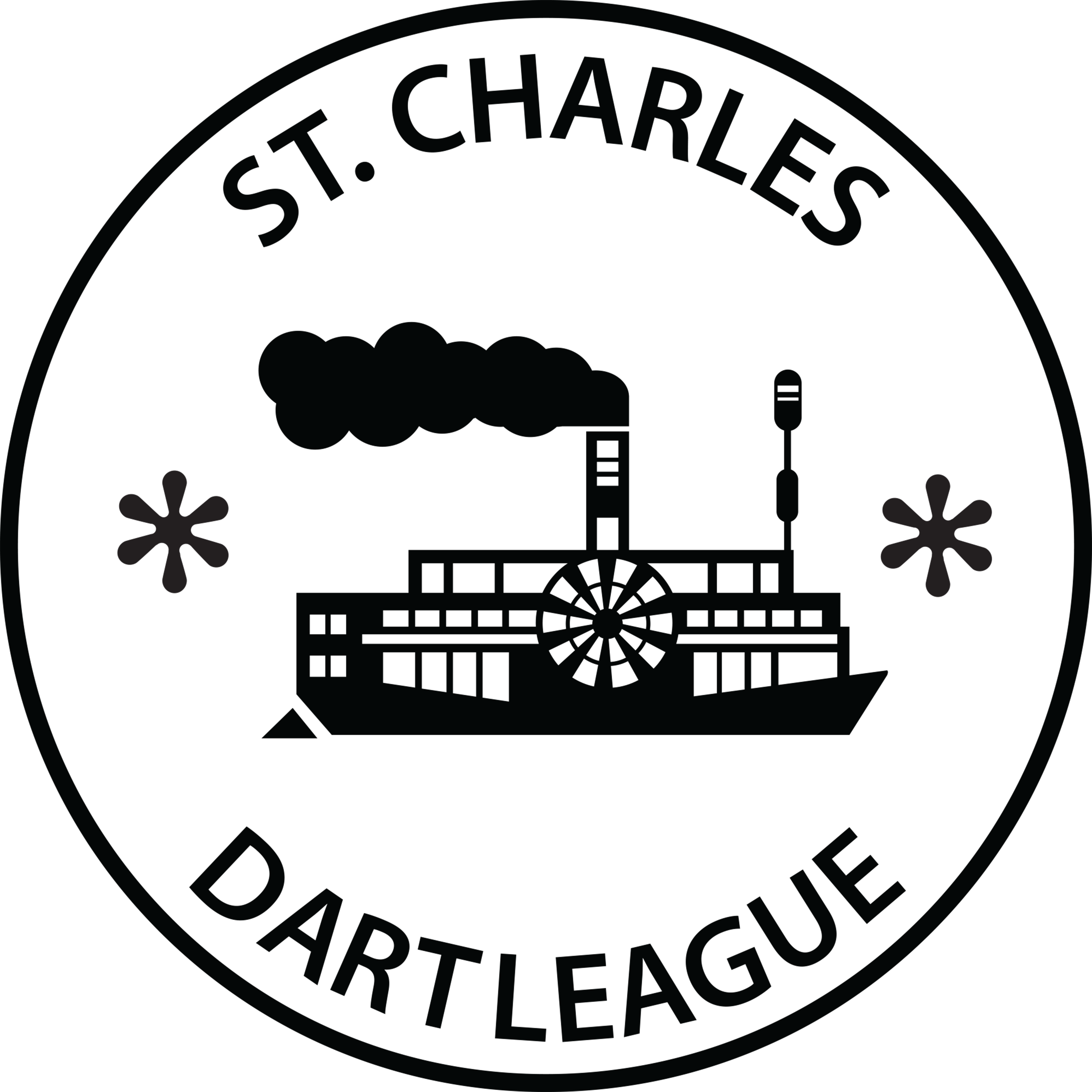 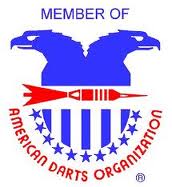 The Saint Charles Dart League (SCDL) is steel-tip only, began in 1981 and is restricted by its By-Laws to the County of Saint Charles, Missouri.

The league was originally formed as an alternative to the Mississippi Valley Darting Organization (MVDO) which encompasses a wide geographic area including Saint Louis City & County and Southern Illinois. The SCDL currently averages 300 players per year sponsored by a dozen or so different bars in Saint Charles County.

The league was incorporated on November 1, 1999 as a Missouri Nonprofit Corporation as St. Charles Dart League, Inc. and the league joined the American Darts Organization (ADO) in January, 2001. The League was re-incorporated as SCDL, Inc. in April of 2002 when the original incorporation was inadvertently allowed to lapse and re-established in 2017 after lapses in 2011 and 2013.

Divisions: the league is divided in to 6 classes: C (lowest), B3, B2, B1, A2 and A1 (highest). The SCDL uses no handicap system; players are rated based on past performance and teams are assigned to Divisions based on ability level. Beginner teams should sign up for C or B3 Division. Every effort is made to place a team in their preferred division, however this cannot be guaranteed as scheduling conflicts may require some shifts. A minimum of four teams are required to make up division. If more than eight teams (6 in Summer) sign up for a particular division, the teams are split by blind draw and/or geographically.

Teams: are 4 – 8 players and play on Tuesday and Thursday. Doubles are 2 – 4 players and play on Monday (Open) and Wednesday (Mixed). Teams player complement is “restricted” in that limitations are set based on division and player ratings. Mixed is "unrestricted" in that there are no ratings limits on who may play on a team. Open may be either “restricted” or “unrestricted”. Mixed may have up to four players, but the genders must always be mixed (1M/1F – 2M/2F) on the roster.

Sponsors: are limited to the confines of St. Charles County and may sign up as many teams on each league night as they have sanctioned dartboards. Sponsors pay $5.00/team/week for Teams and $2.50/team/week for Doubles. This fee is due & payable prior to the start of the season.

Membership Dues: by joining a team a player becomes a member of SCDL. There are no ‘membership dues’ per se, rather, the league collects team fees each season. These are $8.00/team/week for Teams and $4.00/team/week for Doubles.

Trophies and Awards: all divisions receive trophies for each member of the first place team. Playoff winners, MVP's in each division (male and female in Mixed) and the winners of the Traveling Trophy Championship also receive individual trophies. Any player receives an award pin who scores:

Players May be Added to teams during the season at least 24 hours in advance of a match with the permission of a Board of Directors member. No players may be added in the last three weeks of the season (see calendar for exact dates).

League Match Play consists of five different games in "C" and "B" Team Leagues & Open Doubles, six in "A" Team Leagues, and four in Mixed Doubles. Four players play in each Team event, 2 in each Doubles event. These players are selected by the Team Captain from the team roster; other players on the roster are "on the bench" and may play in other games during the match (See Section 4 of the Rules & Regulations for exact description of each game). Formats are subject to change at the start of each season; current formats are:

Playoffs consist of the top 4 teams in each division. A minimum of 4 boards is required to host a playoff (see Section 8.c of the Rules & Regulations) - portable boards are available if necessary - advance notice is required. Playoffs are conducted over two weeks. The first week is hosted by the first place team at their home bar; the second week is hosted by the higher seeded team. Playoff winners advance to the Traveling Trophy Championships. The Traveling Trophy Championships will be held on the Saturday following Playoffs at the bar that won the Trophy at the end of the previous season.